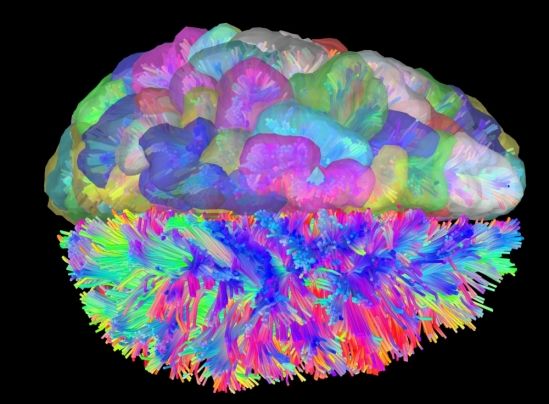 In collaboration with other researchers from the ARL, UC Santa Barbara, UC Riverside and the University of Pennsylvania the team used structural imaging techniques to convert brain scans into “wiring diagrams” of connections between brain regions, then used the structure of these neural networks to reveal the fundamental rules that govern which parts of the brain are most able to exert “cognitive control” over thoughts and actions.

Previous research has long placed the frontal cortex as the core of this cognitive control network, which allows people to stay focused on one task or switch to a radically different one. This study is the first to provide a mechanistic explanation for how the frontal cortex accomplishes this feat, exerting control over trillions of individual neurons.

The work, published in Nature Communications, weds cutting-edge neuroscience with the emerging field of network science, which is often used to study social systems. It applies control theory, a field traditionally used to study electrical and mechanical systems, to show that being on the “outskirts” of the brain is necessary for the frontal cortex to dynamically control the direction of thoughts and goal-directed behavior. This holistic understanding of the relationship between brain regions’ locations and their roles is necessary for tailoring better treatments for people who have lost executive function due to disease or injury. The fundamental understanding of how the brain controls its activity could help lead to better interventions for medical conditions associated with reduced cognitive control, such as autism, schizophrenia or dementia.