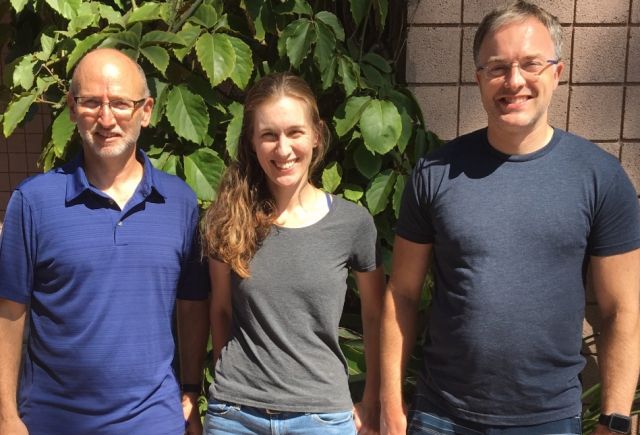 A new study funded by the ICB and conducted under the leadership of ICB Cognitive Neuroscience Co-Leader Barry Giesbrecht suggests the possibility of a dual process for recall coding in oscillatory brain activity. The study appears in the Journal of Neuroscience, "Dual Process Coding of Recalled Locations in Human Oscillatory Brain Activity."

Scientists have assumed that a single brain process was involved in both selective attention and working memory in humans, as both give rise to electrical patterns in the 8-12 Hertz range, known as the alpha band. However, Giesbrecht, UCSB professor of Psychology, and his co-authors, Mary MacLean and Tom Bullock questioned this notion and designed an experiment to test it.

“Alpha waves have really become a huge part of our field, and everybody’s just been trying to say what they do,” said Mary MacLean—lead author of the study and a postdoctoral researcher in Giesbrecht's UCSB Attention Lab in the Department of Psychological & Brain Sciences. “What we’re showing is that one of the problems of trying to do this is that it might not always be the same process that you’re looking at.

Processes that generate alpha oscillations seem to play a pronounced role in selective attention and working memory. Selective attention involves perceiving and processing information from the environment related to the task at hand, while working memory involves holding, maintaining and manipulating information when it’s no longer being perceived, explained Giesbrecht in a recent interview.

Since both selective attention and working memory manifest as alpha-band oscillations, scientists thought that they may stem from similar underlying brain activity. However, the results from their experiment indicate that alpha oscillations don’t arise from a single brain process responsible for both selective attention and working memory. “You see alpha with attention and you see alpha with working memory, but that doesn’t necessarily mean that it’s the same mechanism,” said MacLean. “It could be doing more than one thing,” which is precisely what they found. This complicates years of thought on this phenomenon that had largely been taken for granted.

The team is currently developing the next iteration of the experiment that will provide more insight into the processes and brain regions underlying the alpha waves.