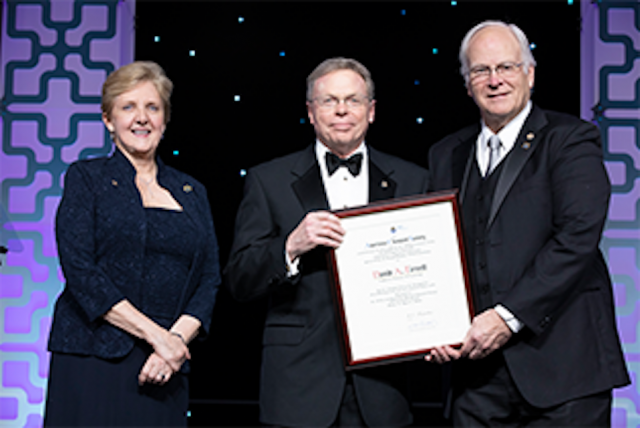 Caltech Provost and McCollum-Corcoran Professor of Chemistry and Chemical Engineering David Tirrell is the recipient of the 2019 American Chemical Society's (ACS) Ronald Breslow Award for Achievement in Biomimetic Chemistry. Tirrell has been with the ICB since its inception and we are honored to have this association as he is recognized for his outstanding contributions to the development of artificial proteins and noncanonical amino acids.

The ACS Ronald Breslow award is sponsored by the Ronald Breslow Award Endowment. ACS awards are designed to encourage the advancement of chemistry in all its branches, to support research in chemical science and industry and to promote the careers of chemists.

Recipients were honored at an awards ceremony on April 2nd at the 257th ACS National Meeting in Orlando, Florida.