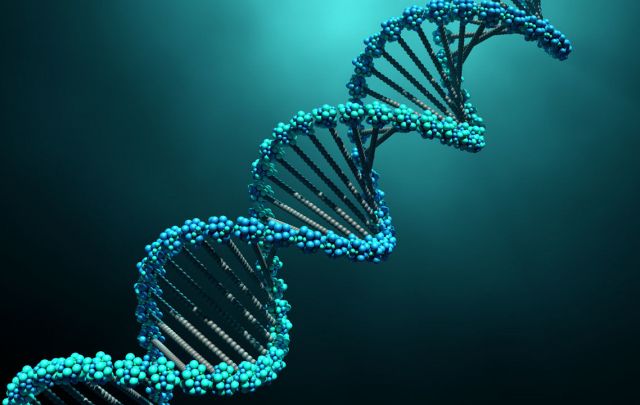 “We are extremely proud of Omar Saleh and Enoch Yeung for receiving this W. M. Keck Foundation award, which enables them to advance their research at the frontier of combining genetic feedback and synthetic systems,” said Rod Alferness, dean of the UCSB College of Engineering. “We will be watching with excitement to see how these innovative young researchers move forward with their groundbreaking work.”

With this award, the researchers and their teams will not only be able to investigate some of the fundamental aspects of cellular processes, but also to develop a synthetic system that exploits genetic feedback to create dramatic structural outputs, phase transformations and perhaps even movement.

Their proposal is to create a biomimetic system in which genes are embedded within liquid droplets of DNA, forming a self-regulated feedback loop in which genetic activity controls the structure of the droplets.

For Yeung, the interplay between liquid-solid phase transitions and gene expression dynamics is a particularly intriguing mystery. Biological phase transitions—our tissues go from liquid to solid, for instance, during embryonic growth and development—are still relatively little-understood phenomena that the researchers hope to be able to put into a firmer quantitative and mechanistic context by studying this proposed model system.

“There is a fascinating feedback loop between these two processes that are fundamental to how genes decide to switch on and off inside of single cells,” Yeung said. “If we can accurately predict how this feedback occurs and engineer synthetic chromatin processes that mimic natural ones, we will be looking at a computational link between a biological genotype and an observed quantitative phenotype.

“That will be really transformational,” Yeung continued. “Phenotypes are typically categorical in nature, but using a combination of biophysics, dynamics and machine learning algorithms, we aim to discover models that quantitatively predict biological mesoscopic and macroscopic properties.”

“We have already learned how to control this process somewhat,” Saleh said. “We design essentially at the nanoscale—we engineer pieces of DNA by controlling their base sequence, so as to form custom designed nanoscale DNA particles whose physical properties lead them to form liquids when they stick to each other rather than solids.”

By synthesizing DNA pieces with specific genetic instructions, driving them out of equilibrium with enzymes and causing them to interact with one another, the researchers hope to create some interesting and somewhat bizarre behaviors out of these proto-cells, including the appearance and disappearance of liquid droplets and motion.

The W.M. Keck Foundation was established in 1954. The Foundation’s grant-making is focused primarily on pioneering efforts in the areas of medical research, science and engineering and undergraduate education. For more information, please visit www.wmkeck.org.

Original story written by Sonia Fernandez. Content may be edited for style and length.