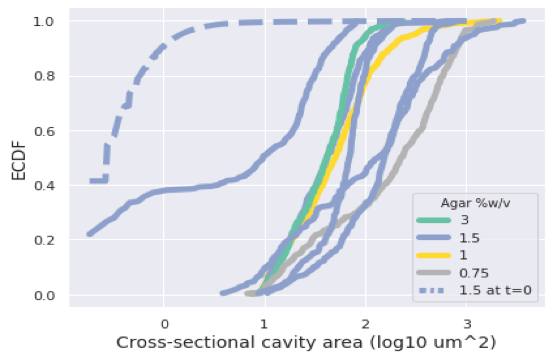 The bioenabled material under development is a combination of three components: a microchip, a polymer hydrogel, and a community of genetically engineered bacteria. In this approach, the bacterial component must be optimized under the physical constraints of the polymer matrix and the metabolic demands of the synthetic transgenes. Research activity in this period was directed toward improving our understanding of the spatiotemporal dynamics of cell-cell signaling and the impact of hydrogel stiffness on cell growth and protein expression. These priorities were selected in response to uncertainty regarding the compatibility of the available polymer choices with high performing engineered bacteria and interest in pursuing a division-of-labor approach to the biological component of the device. Questions regarding polymer choice and spatial organization of the biological components will be answered using data collected from the work described in this report.