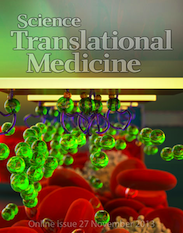 A team led by Tom Soh, a Project Leader for The Institute for Collaborative Biotechnologies has fashioned a small electronic device that can continuously track the level of medicines in an animal’s bloodstream. If it works in people, the device could revolutionize how medicines such as anticancer compounds and antibiotics are monitored and administered for life-threatening conditions.

Doctors always aim to give their patients the right dose of medications. But that’s often not easy. Drug levels typically spike above the desired level after a medicine is administered and then fall below it as time goes on. It’s been even harder to track drugs with a continuous electronic readout. A device does exist for measuring glucose in the bloodstream of diabetics. It works by tethering an enzyme called glucose oxidase next to an electrode. When a drop of blood is added to the device, the glucose oxidase splits glucose molecules, swiping electrons in the process. Those electrons then hop to the electrode, producing a spike in electrical current. Unfortunately, researchers haven’t had much luck in tweaking this approach to detect other molecules, in part because there aren’t many enzymes like glucose oxidase that are tailored to work on a specific compound.

A microfluidic chamber 58 millimeters long, 11 millimeters wide, and about 1 millimeter high with an interior that is lined with a series of gold electrodes, each dotted with thousands of identical short strands of DNA called aptamers. A chemical group at one end anchors each aptamer to the gold electrode. An electron-rich group called a redox reporter sits at the free end of each strand. Normally, the redox reporter stays far enough from the electrode that its electrons don’t hop onto the electrode. But the aptamers were designed to bind either to an anticancer drug called doxorubicin or an antibiotic called kanamycin. When they do, the aptamers curl around the drug and pull the redox reporter close enough to the electrode for the electrons to hop over and produce a rise in the electric current, signaling the presence of the drug.

The device’s small size is key to its function. Often, large sticky proteins in blood will gum up biosensors. To prevent this, Soh’s team also devised a novel “liquid filter.” In it, a continuous stream of a buffer solution flows next to the aptamer-coated electrodes. Blood from mice being tested for the presence of the drugs then flowed on top of the buffer (see animation). Because the two solutions are confined to the microfluidic chamber, they don’t fully mix but remain layered. Only the drug molecules are small and fleet enough to diffuse through the buffer and get snagged by the aptamers. The larger protein molecules can’t make it through, so they don’t foul the electrodes.

“It’s a nice piece of work,” says James Heath, a chemist and microfluidics expert at the California Institute of Technology in Pasadena. The approach should work with other small-molecule drugs and may lend itself to multiplexing, he notes, so numerous drugs could be measured at the same time. If that’s possible, then the device could help doctors tailor drug dosages for each patient. “That’s important because everybody is going to be different,” Heath says. In the longer term, Soh says his team hopes to tailor their approach to detect some small proteins. That would open the door to spotting proteins associated with diseases such as cancer when those ailments are still in their formative, treatable stages.