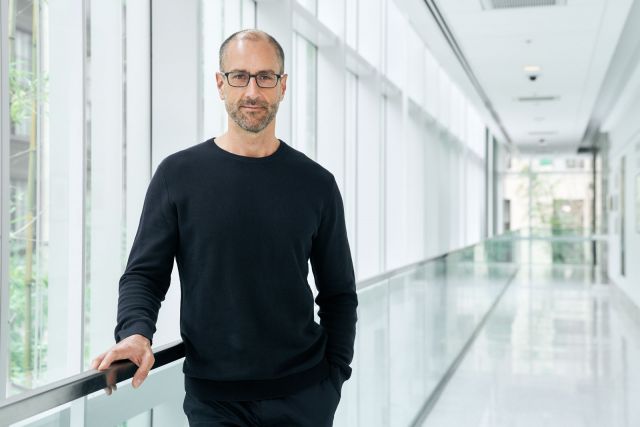 By using a technique known as DNA origami to fold DNA into a virus-like structure, MIT researchers have designed HIV-like particles coated with HIV antigens in precise patterns, which may eventually be used as an HIV vaccine. In vitro studies showed that the DNA origami particles, which mimic the size and shape of viruses, provoked a strong immune response from human immune cells. The researchers anticipate that the same approach could be used to design DNA origami vaccines for a wide variety of viral diseases, and they are now working on adapting the technology to develop a potential vaccine for SARS-CoV-2.

In 2016, Bathe’s lab developed an algorithm that can automatically design and build arbitrary three-dimensional virus-like shapes using DNA origami. This method offers precise control over the structure of synthetic DNA, allowing researchers to attach a variety of molecules, such as viral antigens, at specific locations.

“The DNA structure is like a pegboard where the antigens can be attached at any position,” Bathe says. “These virus-like particles have now enabled us to reveal fundamental molecular principles of immune cell recognition for the first time.”

Natural viruses are nanoparticles with antigens arrayed on the particle surface, and it is thought that the immune system (especially B cells) has evolved to efficiently recognize such particulate antigens. Vaccines are now being developed to mimic natural viral structures, and such nanoparticle vaccines are believed to be very effective at producing a B cell immune response because they are the right size to be carried to the lymphatic vessels, which send them directly to B cells waiting in the lymph nodes. The particles are also the right size to interact with B cells and can present a dense array of viral particles.

However, determining the right particle size, spacing between antigens, and number of antigens per particle to optimally stimulate B cells (which bind to target antigens through their B cell receptors) has been a challenge. Bathe and Irvine set out to use these DNA scaffolds to mimic such viral and vaccine particle structures, in hopes of discovering the best particle designs for B cell activation.

“There is a lot of interest in the use of virus-like particle structures, where you take a vaccine antigen and array it on the surface of a particle, to drive optimal B-cell responses,” Irvine says. “However, the rules for how to design that display are really not well-understood.”

The findings from this study have the potential to guide HIV vaccine development, as the HIV antigen used in these studies is currently being tested in a clinical trial in humans, using a protein nanoparticle scaffold.

In recent months, Bathe’s lab has created a variant of this vaccine with the Aaron Schmidt and Daniel Lingwood labs at the Ragon Institute, in which they swapped out the HIV antigens for a protein found on the surface of the SARS-CoV-2 virus. They are now testing whether this vaccine will produce an effective response against the coronavirus SARS-CoV-2 in isolated B cells, and in mice.

“Our platform technology allows you to easily swap out different subunit antigens and peptides from different types of viruses to test whether they may potentially be functional as vaccines,” Bathe says.

Because this approach allows for antigens from different viruses to be carried on the same DNA scaffold, it could be possible to design variants that target multiple types of coronaviruses, including past and potentially future variants that may emerge, the researchers say.

Bathe was recently awarded a grant from the Fast Grants Covid-19 fund to develop their SARS-CoV-2 vaccine.